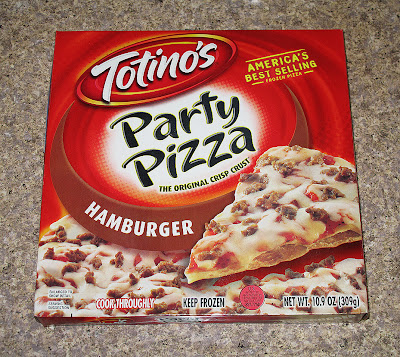 I am pretty sure that most people heard about this Totino's pizza, their ads have been rolling on the TV sets since long time ago. The last Totino's ad that I remember seeing before I got rid of my TV set was with bunch of loud kids screaming TOTINO'S! Now that's a fucking annoying ad, because all of the sudden they would yell out TOTINO'S! But the most frustrating part was that nowhere in the Brooklyn's marts and food stores this Totino's pizza was sold at. The only Totinos items that you can find within Brooklyn food marts are those pizza bites, I think they come in 3 flavors: standard/regular/sauce-n'-cheese, pepperoni and 3-cheese blend or combo. For years I wanted to try this mysterious pizza and a year or so ago I found it at the PathMark over at Atlantic Center where that black rapper and the Russian tycoon are building the b-ball stadium. The price was over $3.00 for a standard pie, so I passed-up on buying the Totino's pizza. Recently I've been at the Jack's 99c store and found that they had Totino's Hamburger pizza for $1.29, so I bought one to give it a try. 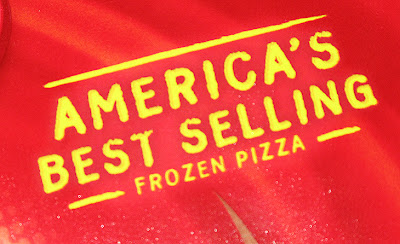 On the box it says that its America's #1 pizza, so I had to give it a try and see what's all the fuss is about. 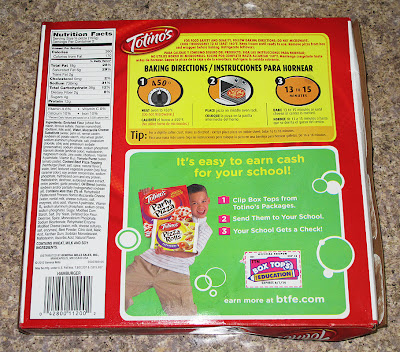 The back of the box is pretty average: you got the nutrition facts on the left, prep instructions on top and pizza-loving kid on the bottom. 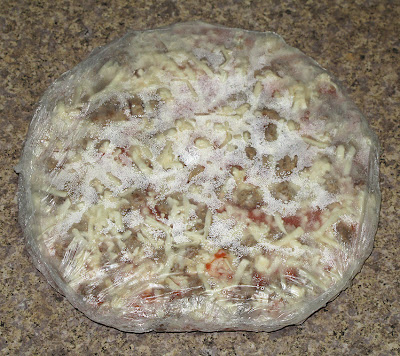 This is what you get inside the box 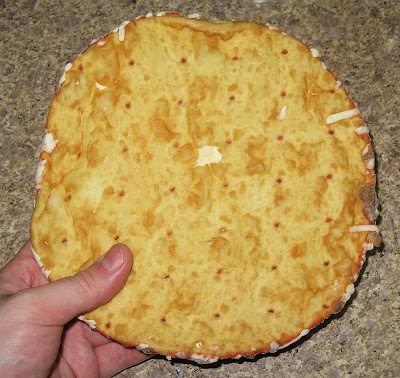 The dough is very similar to Jeno's pizza dough. It even tastes pretty much the same. 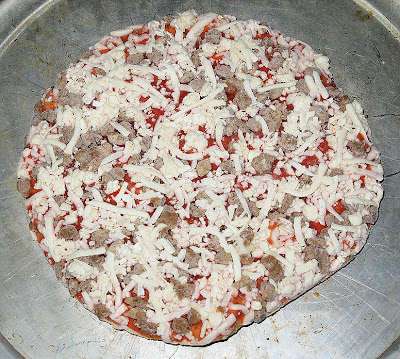 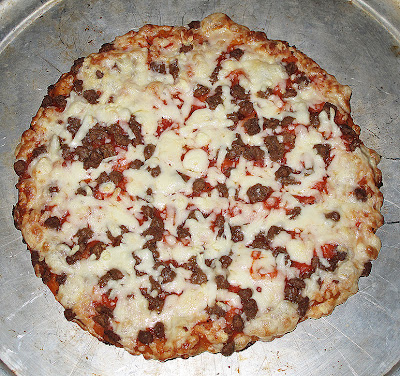 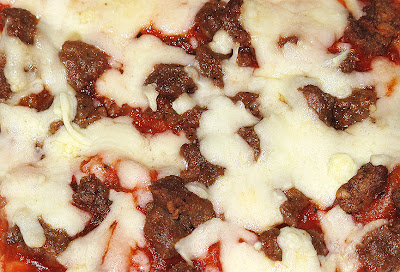 The pizza tasted pretty good, but nothing overly special. Totino's is pretty much a better version of Jeno's in my point of view: same dough/crust, more cheese and hamburger bits did really taste like hamburger (chopped-up McDonald's hamburger patties). Well worth the $1.29 price, but I would not pay more than $1.50 for it. 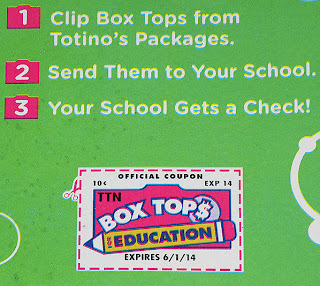 You also get these Box Top$ miles that support your local school or something like that. I really don't know much about them other that you don't get anything for them, that they expire and that you local school get all the benefits of Box Top$. I guess that soccer moms that do housekeeping and shopping all day, clip them out and process them to their favorite school. 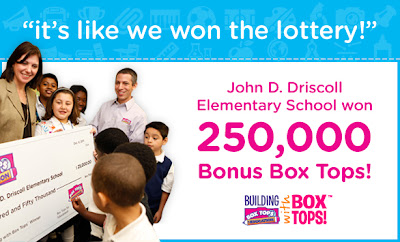 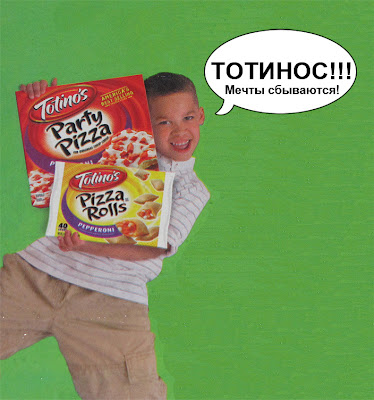 I also did these pseudo-memes with the Totino's theme in Russian, because I was writting the blog in Russian at that time when I bought the pizza. This one says: Totino's!!! The Dreams Come True! 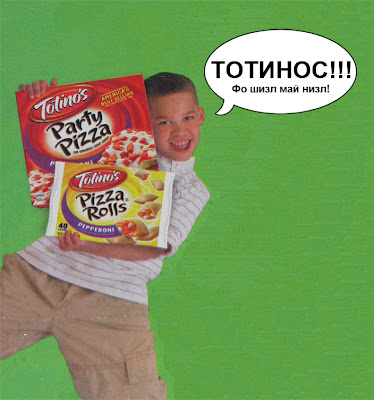 This one says: Totino's!!! Fo' Shizzle My Nizzle! 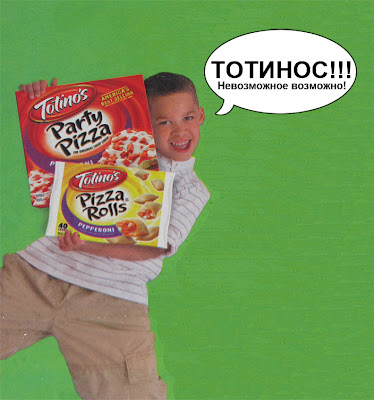 This one says: Totino's!!! Impossible is Possible! 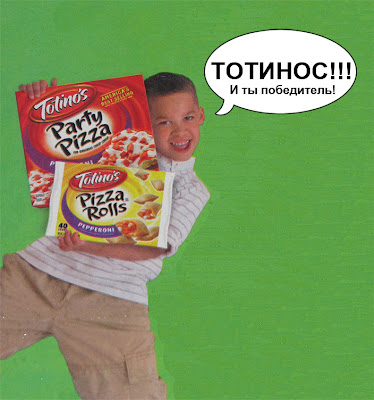 And this last one says: Totino's!!! And You're The Winner!

And to top this one off, here is the ad clip with those loud bastards.