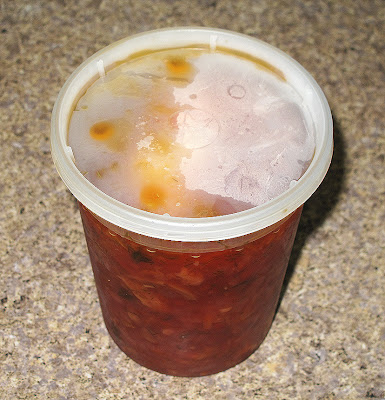 Once again, grandma made one of her Russian soups and this time it is the red borscht, which is pretty much the classic Russian soup. Red borscht and schi are pretty much the only soups that I eat [other than the ones from Chinese joint]. There are 4 more of these containers in the fridge, so it should last for about a week or so. 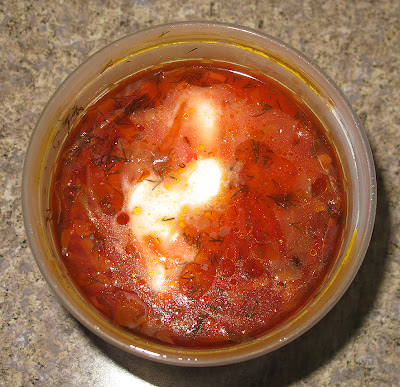 Sour cream was already portioned-in, so I did not have to mess with it. 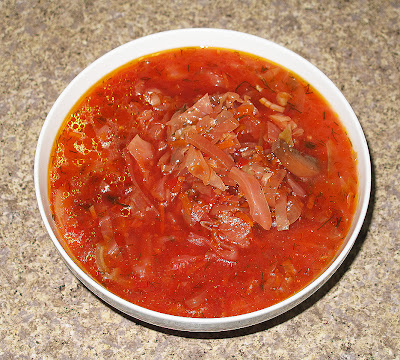 I just had to heat it up in the microwave oven... 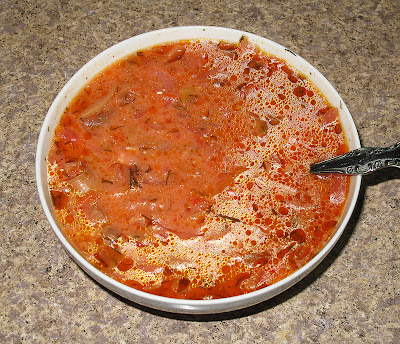 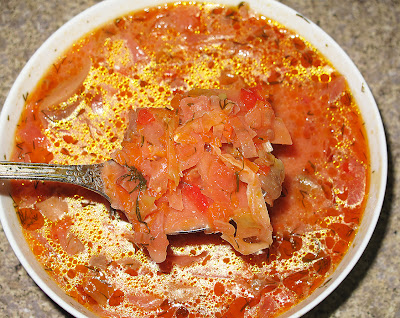 As always, it had lots of good stuff and none of the bad stuff like potatoes, which I hate in the soups.
Posted by Dick Anus at 6:33 AM