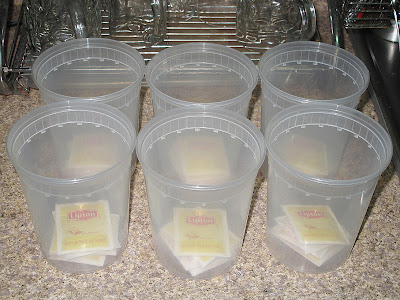 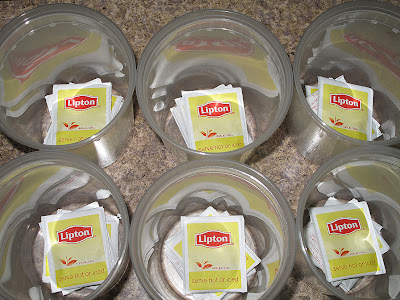 For the tea I choose standard Lipton tea, because that's what I have on hand and its pretty standard tea that does the job. McDonald's use it in their $1.00 ($1.09 after tax in NYC) Sweet Tea, so its out to be a quality product. 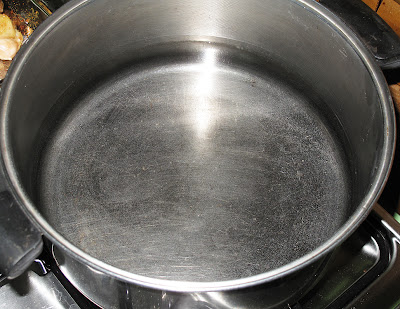 I started heating 64-ounces of water as the base in which to make the tea in. 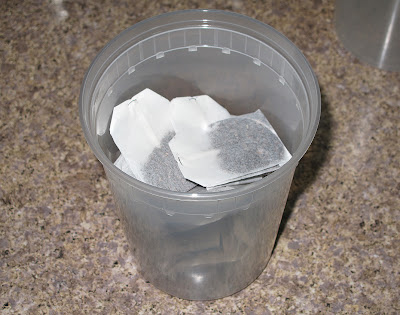 Then I removed the paper tabs and strings so they won't spoil the flavor. 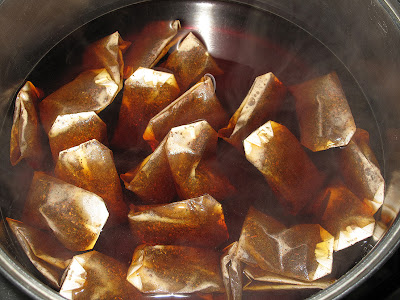 I turned the heat off just before the water began to boil and let it stand for 5 minutes, only then I added the tea bags. I heard somewhere that the boiling-hot temperature makes certain teas bitter, so I decided to make the tea in not so hot temperature. 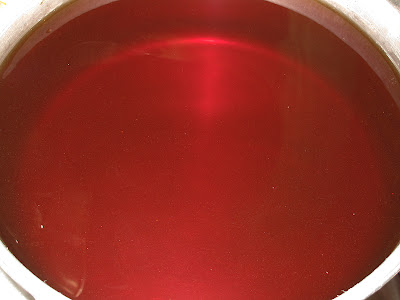 After 15 minutes I removed the tea bags. 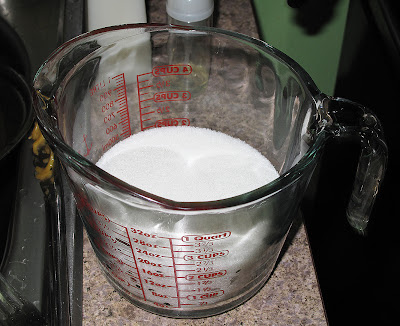 2 cups of sugar should go into 6x 32oz servings of sweet tea. I figured that 1 cup of sugar will  be not enough and 3 cups will be too much/sweet, so using 2 cups made sense to me, without fucking around with math. I added all the sugar in 64-ounces of tea, and mixed it with every additional 32-ounces of cold water that I added into the pot. 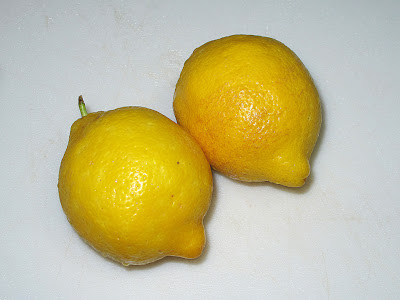 In McDonald's they often use slices of lemons in their sweet teas, and recently they began the practice where you specifically have to ask for lemon in your sweet tea. I bought 5 lemons for $1.29. 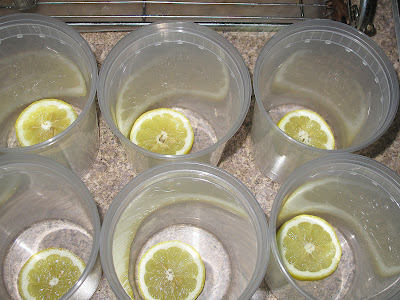 From each lemon I cut 3 slices of lemons, so that like $0.09 per slice of lemon. 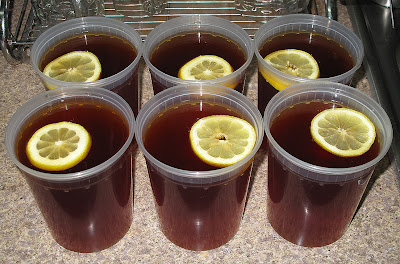 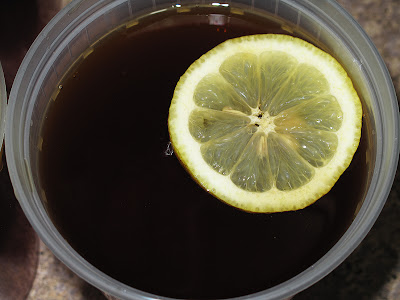 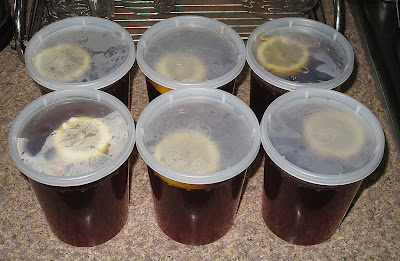 All done! Now into the fridge for cooling. The end result tasted just like McDonald's Sweet Tea with a slice of lemon.
Posted by Dick Anus at 10:57 AM