My grandparents live in one of the senior citizen high-rise buildings on Far Rockaway, and since the hurricane Sandy hit the area, they have been living on one of the topmost floors without electricity, so I went there every once in a couple of days to bring the food and other life necessities. Most [if not all] stores have been closed recently, and the volunteers began going from floor-to-floor only a week after Sandy, so there was bunch of stuff for me to bring. One of the things until recently that was a nuisance, was the fact that the buses [Q35 and Q22] stopped running to and from Brooklyn after 6:00PM and 4:30PM due to "poor visibility". The whole place is pretty much pitch black, other than the floodlights, police and FDNY vehicles. I did not knew last week about that buses stopped running after a certain time in the evening, and I was stuck overnight at the grandparent's place without any heat and electricity. There were candles, couple of flashlights and cold water, but the absence of heat was very disturbing and uncomfortable. The day later when I got home, I send a bunch of tweets and emails to anyone that I could think of, to let them know that there was no heat in the buildings where bunch of stranded seniors live in, and within 2 days or so period, the heat was on. So today was my latest trip to Far Rockaway, and since I found my service-less phone with built-in camera, I took a couple of photos with it during my trip there on my way back home: 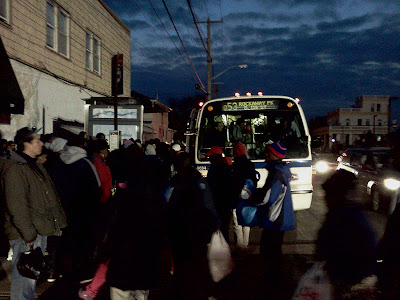 Everyone wants to get on the bus, but I always make sure than I get on as first as possible so I can get a seat to sit on. 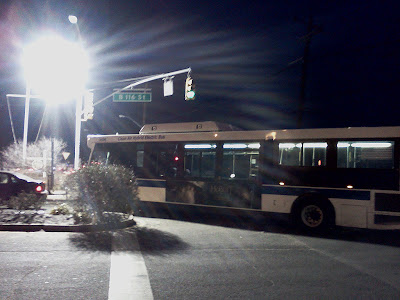 The whole place is pretty much without power, with only generator-powered floodlights. 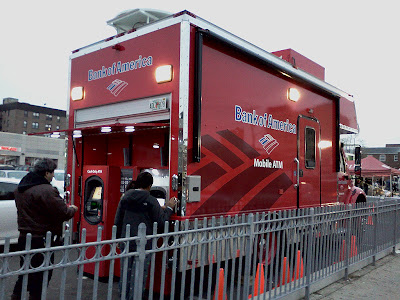 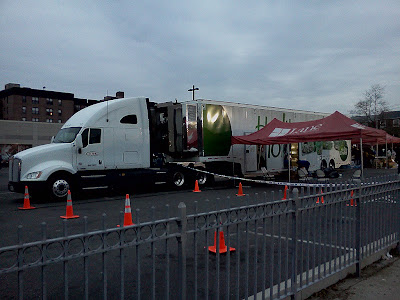 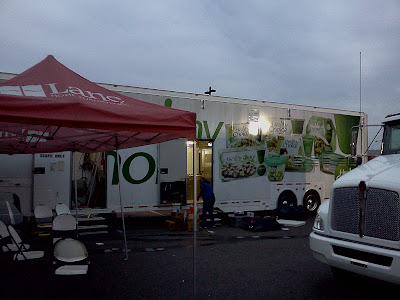 I asked if I could get something to eat, but the worker told me that they are wrapped-up for the day.
Posted by Dick Anus at 9:51 PM