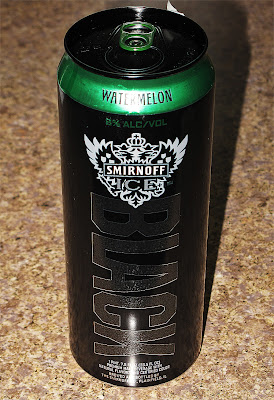 Couple of months ago I was looking to get myself something with alcohol at the local food mart, but the assortment was slim due to the fact that most alcoholic beverages in the place are different brands of beer, so my choice pretty much fell on Four Loko, until I spotted a lineup of Smirnoff Ice Black alcoholic beverages: Fruit Punch, Lemon Lime and Watermelon. I had bad experience with fruit punch and berry flavored alcoholic beverages so I skipped the Fruit Punch version, and Lemon Lime was also interesting but it could be a 50/50 of being bad, so the Watermelon was the lesser riskier choice from the 3 that were available, because in my opinion it is diffucult to screw-up anything with watermelon flavor. The price of $1.99 per can was also very attractive to me, because Four Loko was sold at $2.99 per can and Mike's Hard Lemonade in a similar-sized can [24 ounces or so] was sold at $5.99 per can, so it was a no-brainer for me to go with Smirnoff Ice Black instead of lesser-quality [in my opinion] Four Loko or Mike's Hard Lemonade that was priced at 3x times that of Smirnoff. Smirnoff can also looked more appealing than the rest of the choices available at hand at the time of purchase. 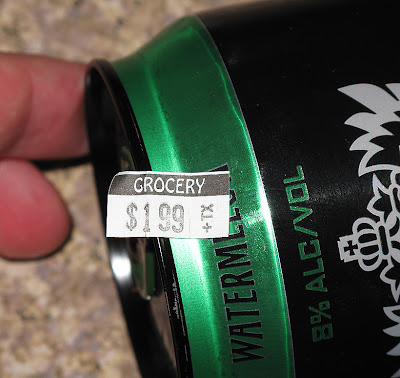 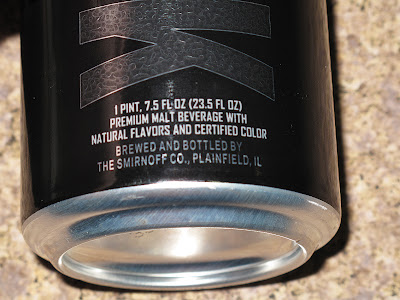 Made by Smirnoff, which is good, because they make good quality vodkas at affordable price. 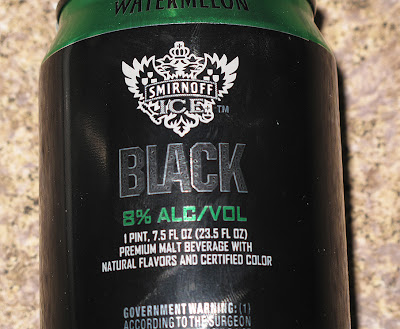 The can contains half an ounce more of beverage than the $0.99 AriZona can of non-alcoholic beverages, and for only $1.00 with 8% alcohol while made under the quality brand Smirnoff, the beverage looked and sounded really promising. 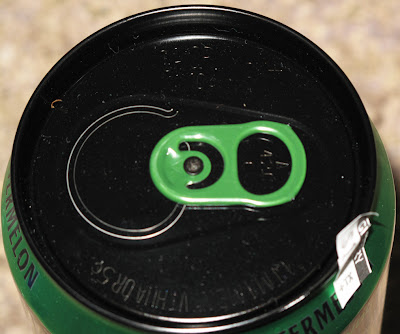 Unique top of the can with black lid and green pull tab. 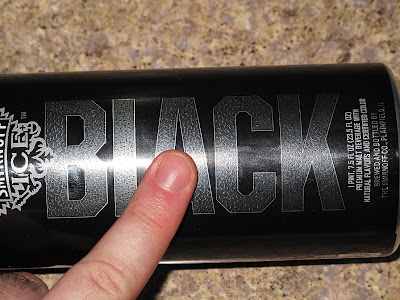 Neat looking and feeling texture makes this beverage stand out on the shelf from others. 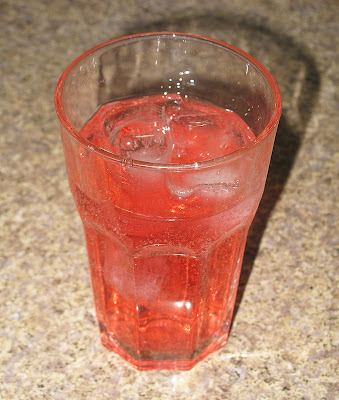 The drink itself was pretty much what I expected it to be: more enjoyable and smoother than Four Loko. The watemelon flavor was slightly above average but exotic-tasting non-the-less; especially while on the rocks. The drink is great for sipping but I think that some people out there would not mind chugging it. The 8% of alcohol by volume is just about right in my opinion, because if it would go over 12% or so then it would be not as smooth and as enjoyable as it is. I enjoyed this beverages and the $1.99 [plus can deposit and tax] that I spent on it was well worth it and I have no regrets over it: watermelon version was a good choice. I would definitely buy another can of this Smirnoff beverages, but lately I did not see it on the shelves at the place where I bought it. It's nice to have a can or 2 of these in the fridge just for whenever you feel like drinking it or when nothing else is available. I rate Smirnoff Ice Black Watermelon at 4.2./5.0 and value rating of 4.5/5.0. I definitely recommend this product, especially if you don't like beers but want a good-tasting alcoholic beverage with great value per serving.
Posted by Dick Anus at 10:51 AM