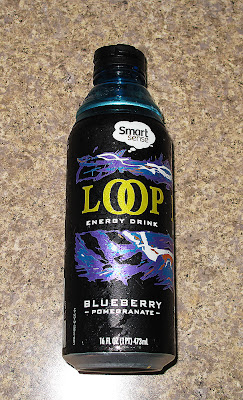 This is the 2nd flavor of K-Mart's own energy drinks that is up for sale in their stores, and since the 1st one came out not bad, I was eager to give this Blueberry Pomegranate flavor a try. I had high hopes for this energy drink and was looking forward seeing how well it would line-up to the 1st one within the Loop brand, and since I was so eager, I kinda put on this Bottle Top thing on top of the can without realizing that I had to crack open the pull tab first. 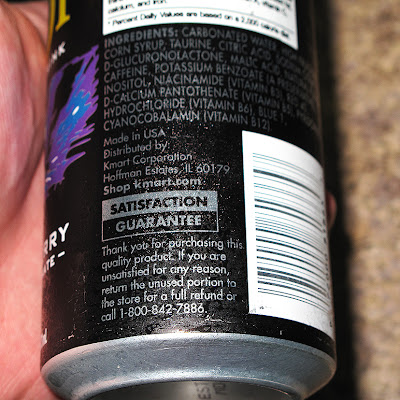 Same standard back-of-the-can info, without the story or some hyped-up entertaining text. 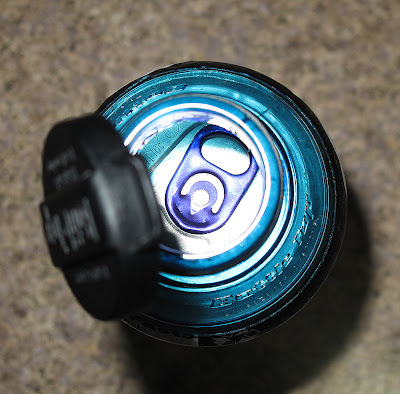 As you can see, the tab is closed-shut and I can't remove the Bottle Top without busting open the filled can. 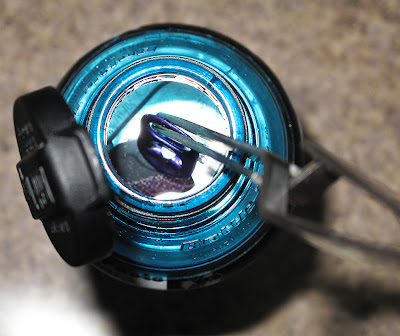 I found these tweezers in my toolbox so I gave them a try and it worked; with a little patience I was able to slowly tweeze-off the pull tab. 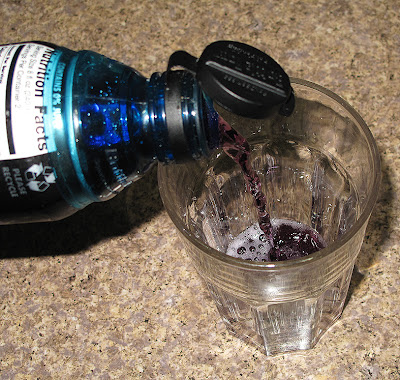 The energy drink began pouring down the cup. 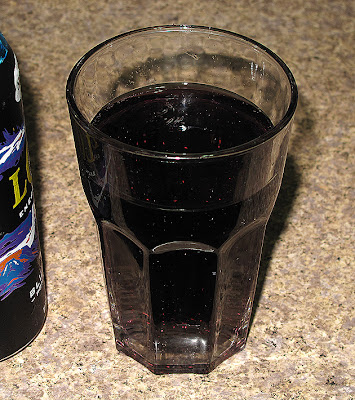 My initial hope from the color was that it would taste like grape, but it tasted like carbonated sour nothing flavor. I could not detect a hint of blueberry or pomegranate, the flavor was just too flat to figure out and the sourness just added the mystery to confusing flavor. Stay away from Loop Blueberry Pomegranate energy drink unless you are into carbonated sour nothing flavor. It does has a slight energy kick and the price is a dollar. I give Loop blue a rating of 2.0/5.0 and a value rating of 2.8/5.0 (hey, it gives you some energy...for $1.00). 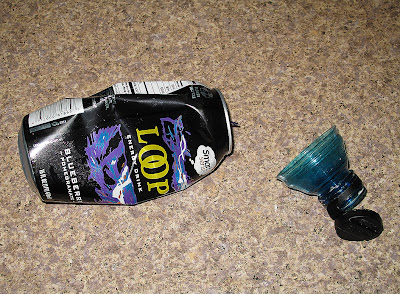 At the end I was able to get the Bottle Top off by squeezing the can, which in turn launched the Bottle Top against the back-splash, which then ricochet down the sink. So this is it; no more buying Loop blue (blueberry pomegranate) anymore. Good thing that the Bottle Top came open, because I would've hated to throw it away.

P.S: 30 minutes later I had to run for the bathroom and take a watery dump down the poop loop.
Posted by Dick Anus at 7:54 PM