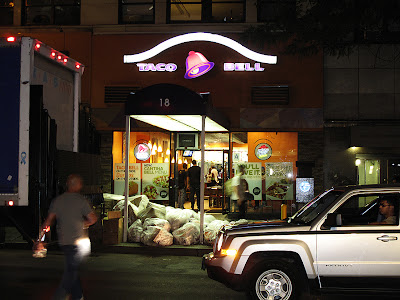 Last week I was in the city and was in the Union Square area, so I decided to stop by at the Taco Bell since I was hungry and wanted something cheap and tasty. The time was after 9PM so there weren't that many places open to choose from, and I have not been at the T-Bell for a while. Recently I heard about about the new $0.99 burrito somewhere, and I was trying to find it on the menu board, with no luck. Then I spotted the Beefy Nacho Burrito Combo for $4.00 and it consisted of Beefy Nacho Burrito, 2 standard tacos of choice (soft or crunchy) and a large (32 fl. oz) drink. 4 items for $4.00 is a pretty good deal in the city, considering a burrito and a large gulper. In my area in Brooklyn, there is only 1 rundown Taco Bell with elevated prices. The company that runs it and several other Yum Brands locations is really poor in management and recently they lost/closed a large standalone KFC location, which is now razed and a bank stands on its place. So at this "local" Taco Bell in Brooklyn they sell crunchy taco for $1.49 + tax a piece, and a lot of promotional items have regular prices: $0.99 promo burrito would cost like $1.79 here. Yeah, so 4 for $4.00 got my attention and I ordered it. 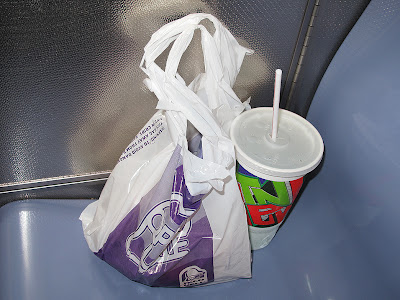 This is how the order came out in the packaging. 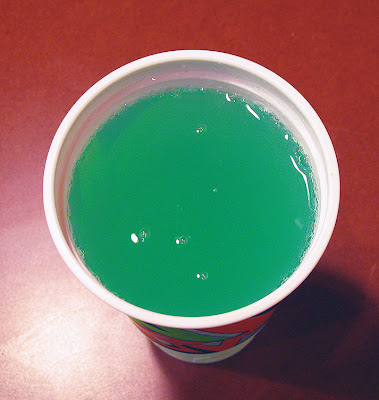 This Union Square Taco Bell location is one of the few in the city that has the exclusive Mountain Dew Baha Blast, so it was a no-brainer for me to get it as a drink. I could not use the flash inside the place, so the colors are a bit off in the photo. 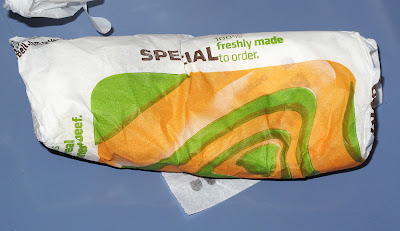 The main item (Beefy Nacho Burrito) comes in a plain/standard Taco Bell paper wrap, but the text suggest that the contents are "Special", which is good, because I don't want some plain shit burrito; I want it special and for limited time only promo. 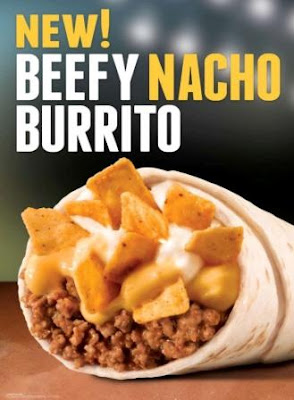 Promotional image for Beefy Nacho Burrito looked really promising with all the ingredients and all that. 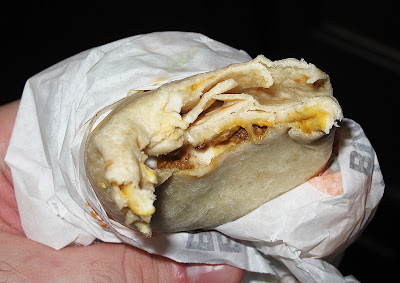 The Beefy Nacho Burrito that I got inside the wrap looked like this: not fat and stuffed like in the promo image, but I was happy anyway. The taste was excellent and I just can't think of an ingredient that would make it any better. The regular burritos usually have seasoned rice inside, and I am not a fan of rice, in fact, the only kind of rice that I like is the Pork Fried Rice that is made at the local Chinese joint, so I was happy that no rice was in this burrito. Here you have the wrap, seasoned beef, nacho cheese, crunchies and Taco Bell's own sour cream. I'm not a big fan of sour cream but Taco Bell's sour cream in their foodstuffs always tastes great, maybe it's because they dispense it from the gun, or maybe its a special formula? Most likely both. All the mentioned ingredients make this burrito an excellent burrito in my book (there's no book). As soon as I bit it, the excellent taste of all the ingredients just hit my mouth; the cheese and beef explosion. And when you down it with the B-Blast (Baja Blast), the excellent taste just gets better. My rating for this burrito is 4.9/5.0 and value rating is 5.0/5.0. 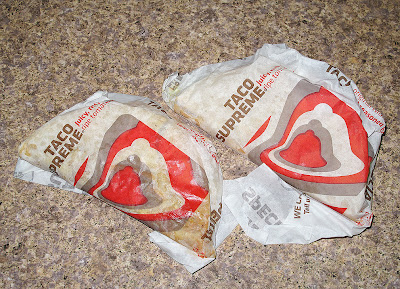 The 2 crunchy tacos. No, they were not supreme, not even close to that. 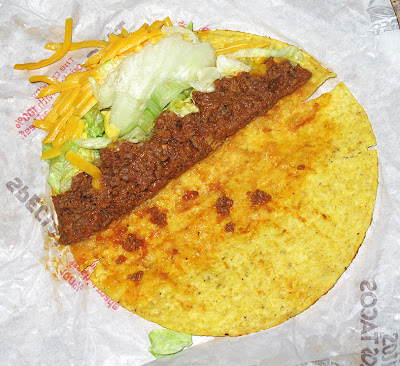 Now this is how much meat a real Taco Bell taco should have. I can weight it just by looking at it and confidently confirm that this taco had at least 1.5 ounces of seasoned beef, which is good, because most of the time when I order tacos at Taco Bell, they just add a small amount of it and one of the sides of the taco is just meatless. 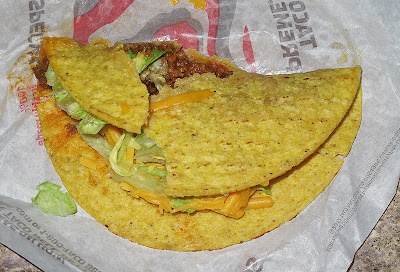 The 2nd taco was pretty much destroyed. I got home after about 1 hour and 40 minutes since I got the combo, so the beef leaked through the hard shell and...its a mess. 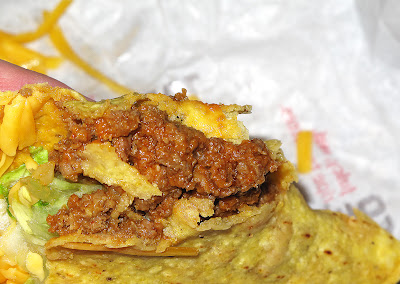 Another close-up shot right here, for the reference. 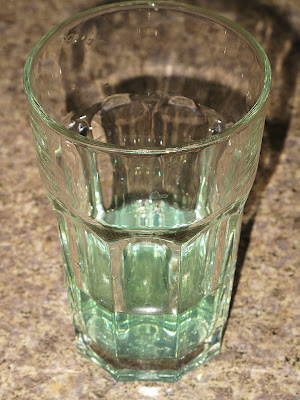 I saved a bit of Baja Blast, so I could take a good shot of the fluid under proper lighting condition. The remains of it came flat, but you can see it's true color. From-the-tap drink was very pleasant, infact, it is my favorite flavor variation of Mountain Dew, and I prefer it over the original Mountain Dew flavor. Too bad that they don't have it in the stores. The flavor is very similar to the Mountain Dew Game Fuel green edition (the one with Ruthless Exterminator), the same one that I wrote about in one of my earlier posts that was in Russia, you can get to it right here >>> http://alexrublog.blogspot.com/2012/05/blog-post.html I rate this drink at 4.5/5.0 and 4.8/5.0 for the value (in this combo). 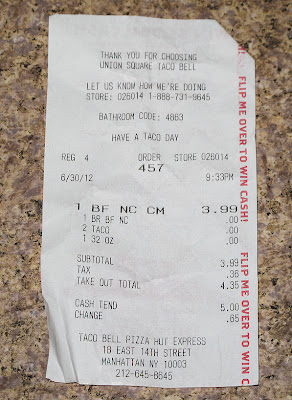